A Project for Better Journalism chapter
The Bell
Featured, Technology

The Battle of the Ladies, Google Vs. Alexa 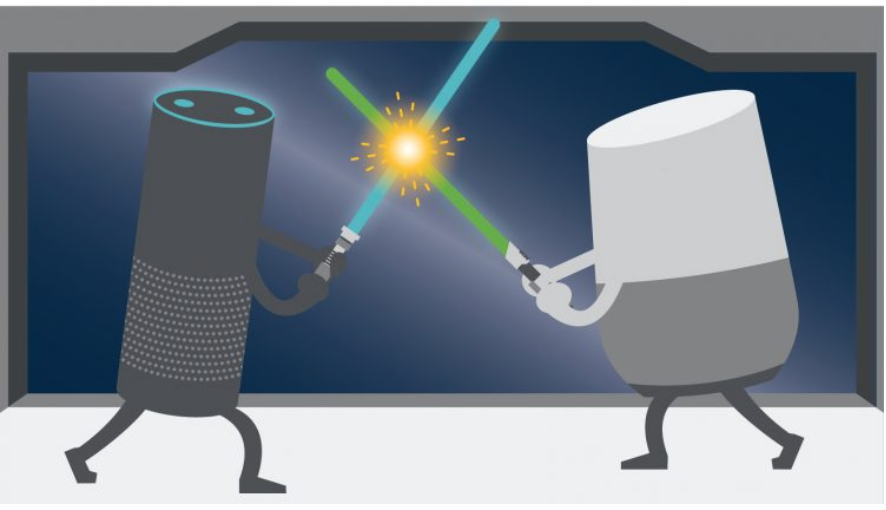 Google’s smart speaker just got smaller. The Home Mini is, as you can deduce from its name, a smaller version of the Google Home speaker the company launched last year. It has all of the same capabilities as its larger forebear but comes with a smaller price: $49 versus the larger speaker’s $129 tag.

The Home Mini is a voice-controlled speaker that can be used to play music, control smart home gadgets, answer trivia questions, add things to a shopping list, create calendar appointments, or play video on a Chromecast-enabled screen. Recently, Google added the ability to place phone calls from the Home speakers, as well as use them to locate your phone if you’ve misplaced it somewhere in your home. (It’s on the couch. It’s always on the couch.)

The Home Mini is also a direct response to Amazon’s wildly popular Echo Dot, which sells for around $50 and provides many of the same smart speaker capabilities. Like the Echo Dot, the Home Mini is small enough and cheap enough to put in any room of your house, blanketing your home with an always-listening voice-controlled computer.

Those are the broad strokes of the Home Mini, and there really isn’t too much to add there. If you’ve been eyeing a Google Home because you use a lot of Google services, but its price and/or size have kept you away, the Home Mini is probably exactly what you’ve been waiting for. Or if you already have a Google Home and want to extend its capabilities to other rooms in your home, the Home Mini will fill that need, as well.

But as with anything, the devil is in the details, so let’s dive into those and google likes to say that the Home Mini is about the size of a “doughnut,” in a pretty naked attempt at making you associate it with a comforting thing that you like. As a description of size, though, it’s apt: the Home Mini is much shorter and flatter than the air freshener-inspired Home, with a roughly 4-inch diameter and curved sides. It’s a little larger than the Echo Dot, but its sloping sides and softer shape are much less ominous looking than Amazon’s product.

The Home Mini comes in three colours — light grey, dark grey, and coral red — all entirely inoffensive and designed to blend discreetly into a modern, HGTV-slash-Apple-Store home décor. The top of the Mini is covered in a textured fabric, which looks great when it’s brand-new, but I worry that it will become a dust collector in short time. Having to vacuum the top of my smart speaker instead of just wiping it off with a rag is something I never thought I’d have to consider, yet here we are. Cat owners may also have to contend with their pets viewing the Mini as a toy or scratching pad.

Google’s not done with its Home ecosystem, however, and it’s been adding features and plugging gaps quickly in the year since the first Home debuted. Its next trick is more hardware in the form of the Google database, so stay tuned for that.