League of Legends is a multiplayer online battle video game developed and published by Riot game, it includes several game modes, like co-op vs. AI, normal matchmaking, ranked matchmaking, and custom games that players can select and edit at their will.
Each season, the developers release temporary events which contain new maps, new skins (in-game textures for the characters), and special rewards based on your performance during the established time period. In 2013, Riot game had released some special game modes, for example Hexakill, One For All, Legend of Poro King, Hunt of the Blood Moon, and Doom Bots of Doom. 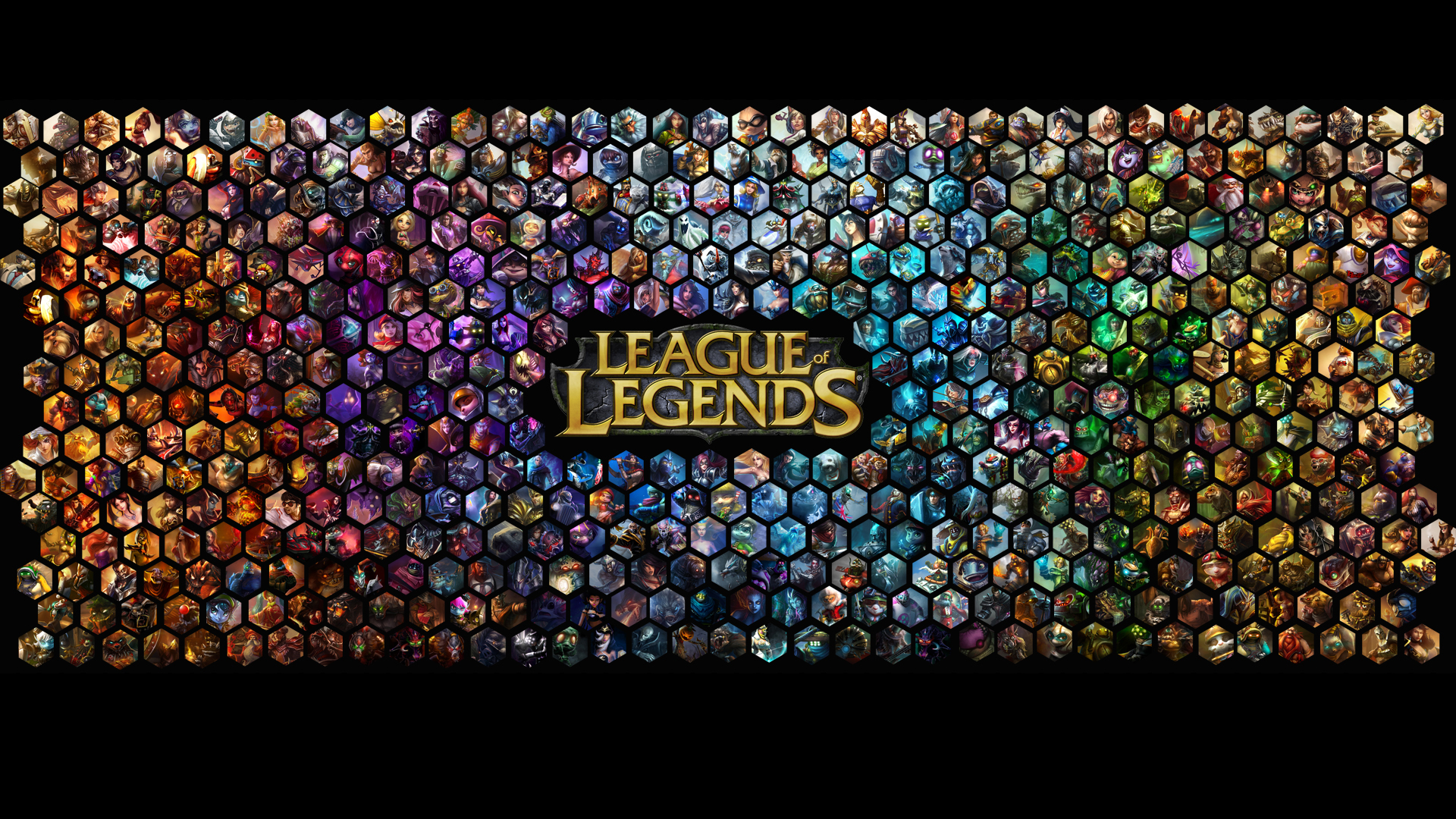 League of legends currently has 140 playable characters which are called “champions”. Each champion is different, the main characteristic that distinguishes them is the type. There are five types of champions: Tanks, Carry, Junglers/Roamer, Pushers and Support.

Carries win games by doing lots of damage. Tanks make sure that the carry of the team survive under all circumstances. Junglers/Roamers are “Gankers”, they stay in the jungle (zone in the map) killing NPCs until they reach a level in which they can kill other players. A Jungler silently enters a line and entraps the enemy. Pushers take down minions and towers fast. Minions are small enemies controlled by the computer who follow a pattern, they spawn and walk in the same line with the objective of destroying the enemy tower. Each team has 6 towers, two in each line; These automatically attack an enemy when this enters a ratio showed in the screen. Finally, supports help all of the above on their specific tasks. 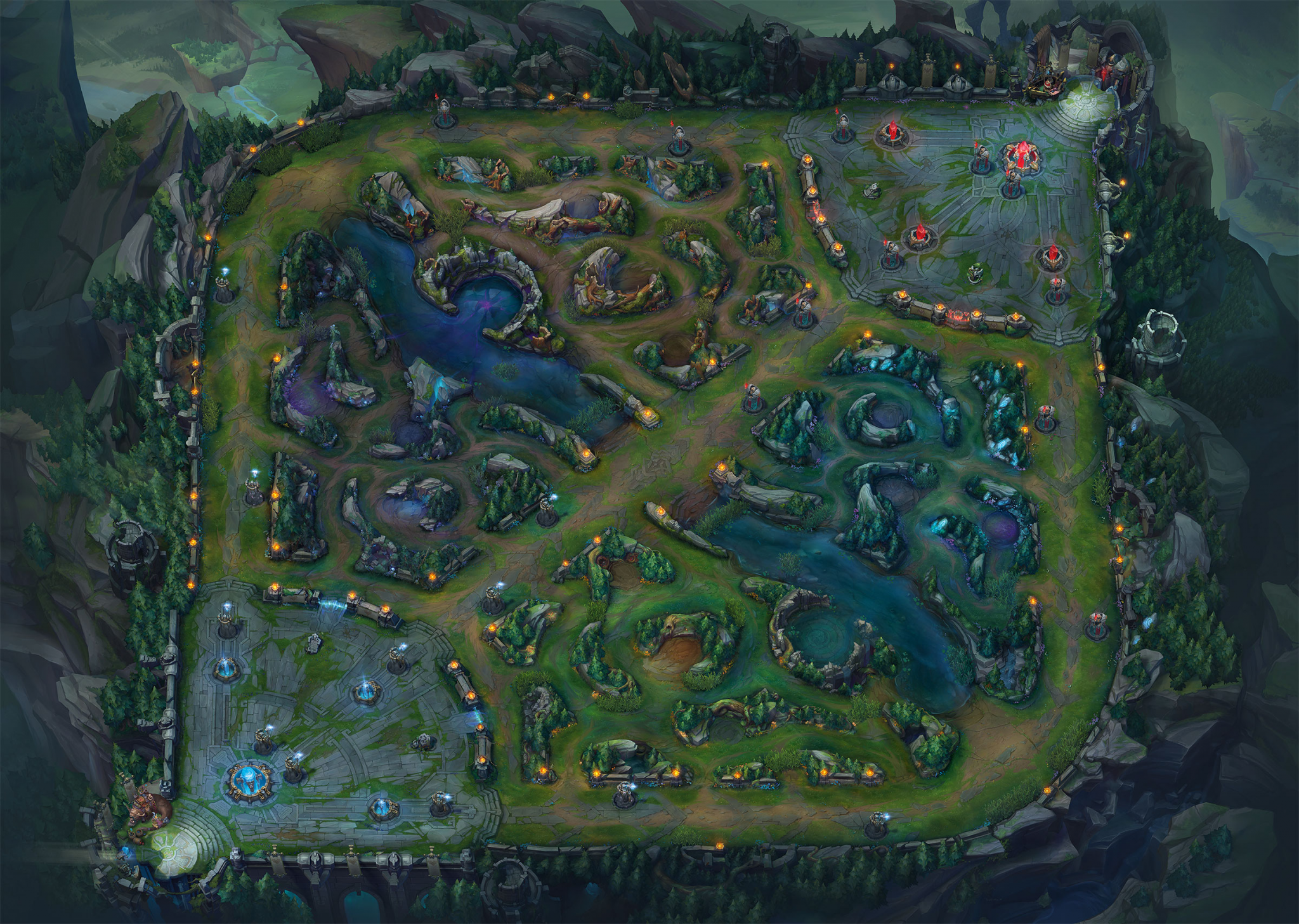 Summoner’s Rift is the name of the map in which all of the matches except the special events are played. The map is divided in three lanes protected by minions, towers, inhibs, and nexus. When the nexus is destroyed, the match ends, therefore the first team to explode it wins. Tanks go to the top lane, AP or Carries go to the middle lane. AD or Carries go to the bottom lane, and as previously said Junglers go to the Jungle. 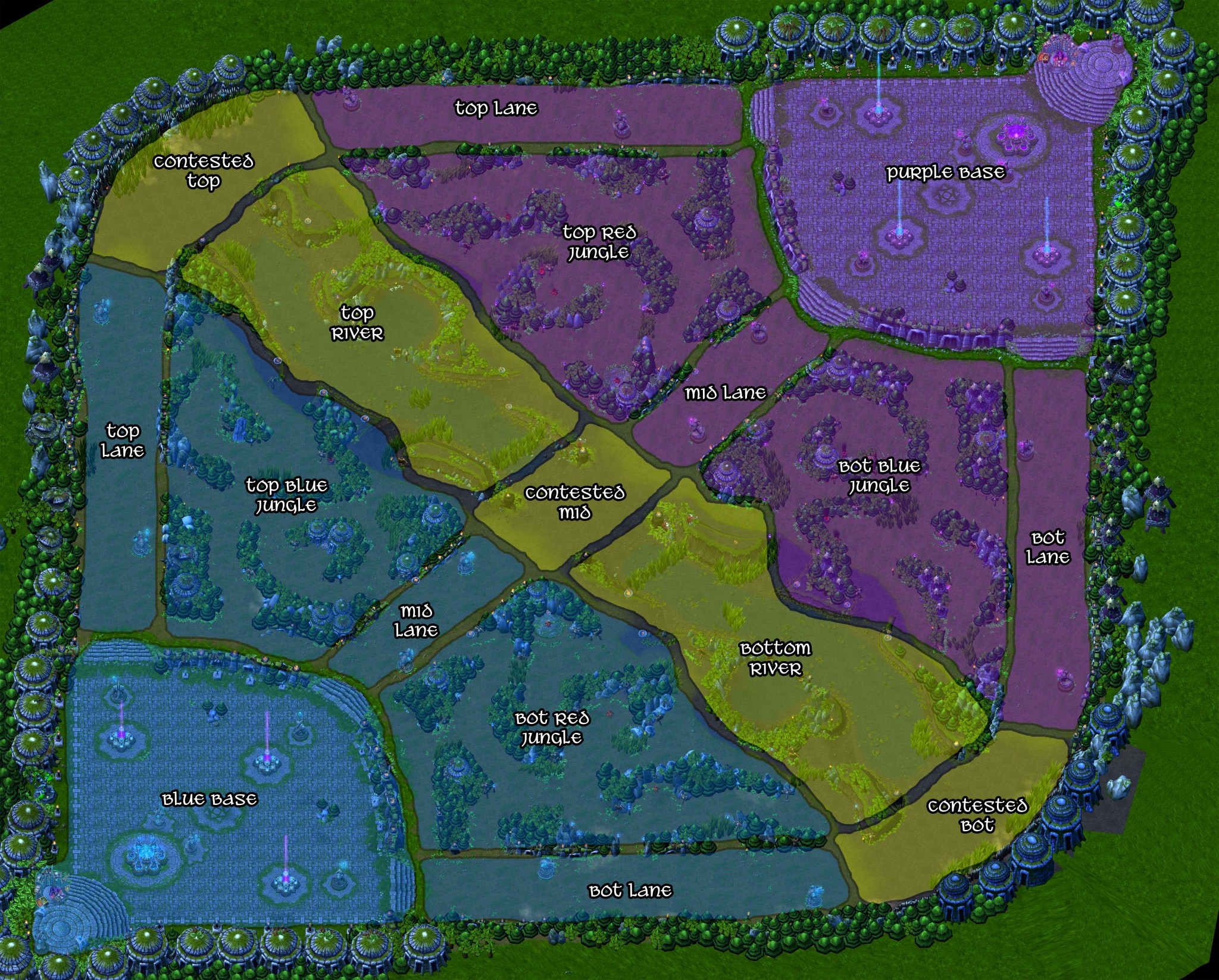 League of legends has held six world championships. In season 2, a team called Taipei Assassins from Taiwan won the championship and one million dollars.
On the other hand, SKT T1 from South Korea has been crowned three times, since they have won season three, season five, and season six of the League of Legends World Championship. They, are the team with the most championships on their repertoire . SKT T1 is composed by Faker, Peanut, Bang, Wolf, and Huni. Throughout the years, this team has won more than 4 million dollars in prizes, and their net worth is of 7 million dollars due to sponsors, merchandisings, and events. 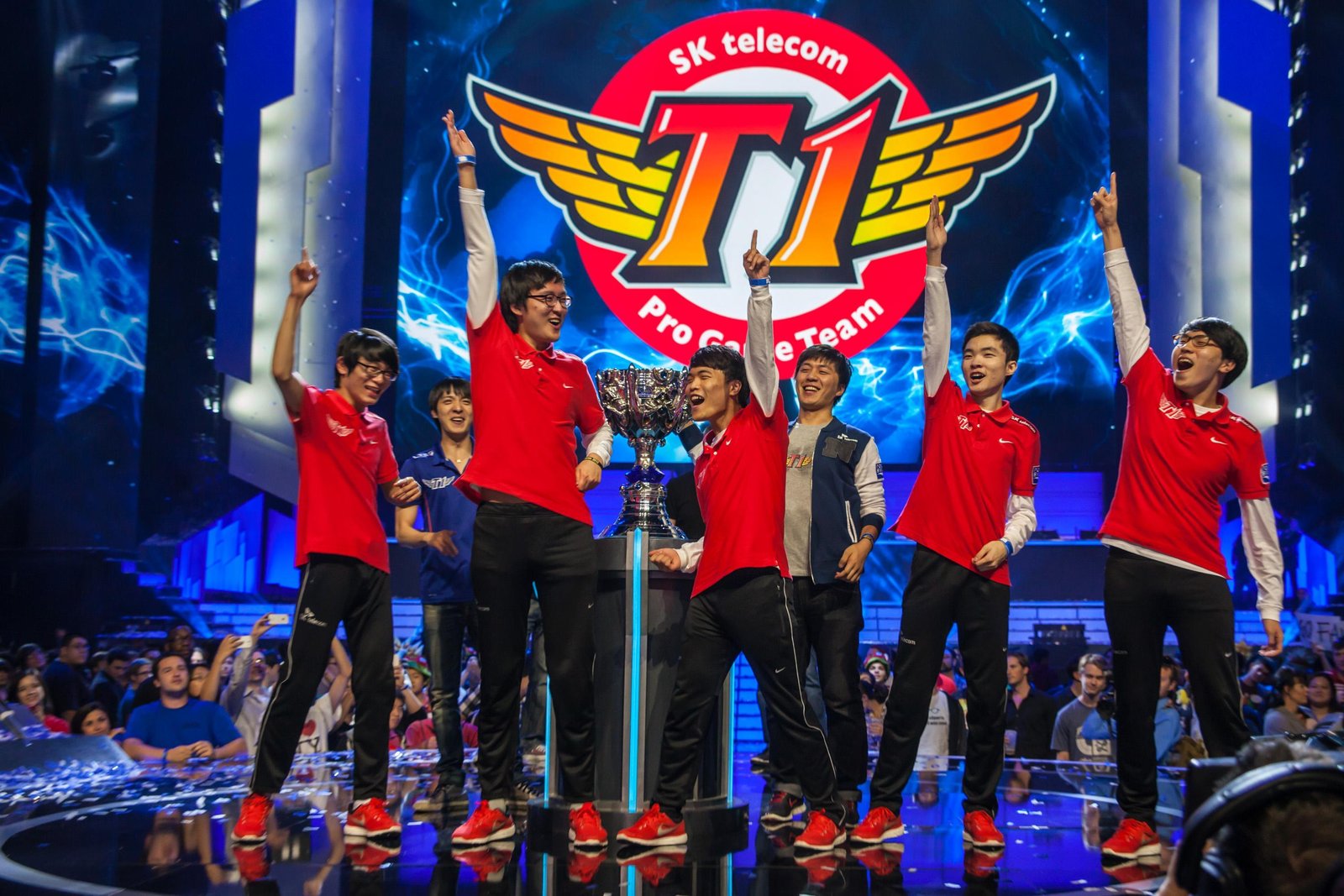