One mile away from the future

After a long development path starting in December 2011, the MTA finally decided to show the public where they are going to ride and spend time on a daily basis. Originally, the wagons were 75ft (23m) long with open-gangways, however after several different drafts the designers arrived to the decision of making the trains 5 cars long, each being 60ft (18m).

The doors of this new model of cars will be wider than the actual R32s and R42s at 58 inches, this is said to reduce the time spend in each station by a 32%. 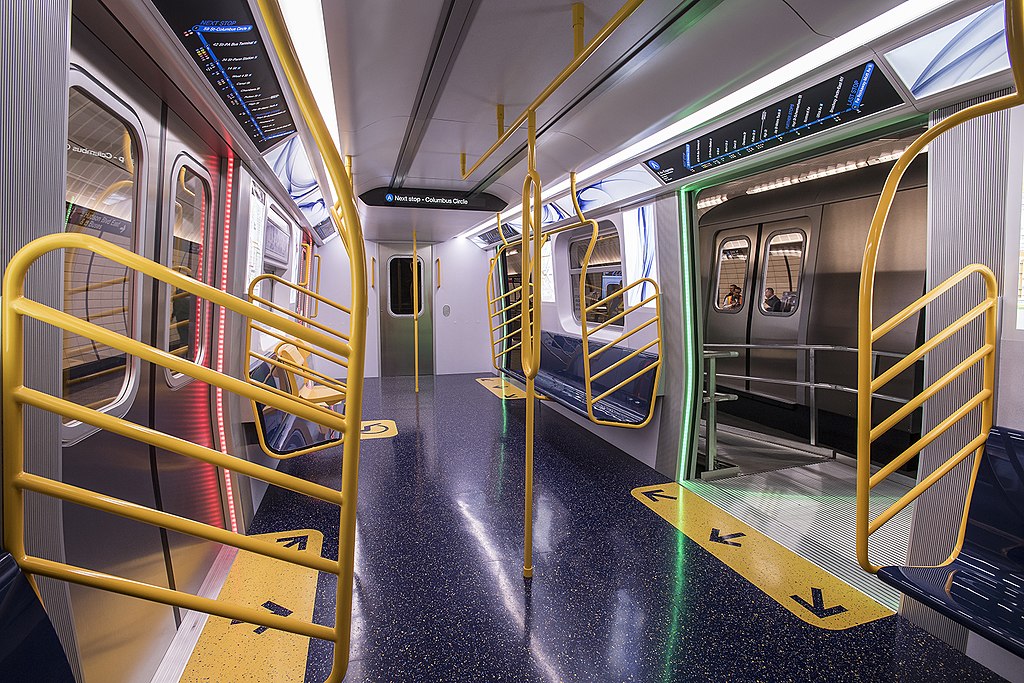 The front of the trains will also be modified as seen previously, they will have a dark blue front with large windows to facilitate the operator’s view. The headlights will be made of led strips, unlike the giant car lights that are used nowadays. The side of the cars will be decorated with blue and golden accents similar to the new MTA Regional Bus Operations. The route train will be displayed above each door, lightened one again by led strips. The seatings will be blue, yet some of them are golden, those are for disabled people. 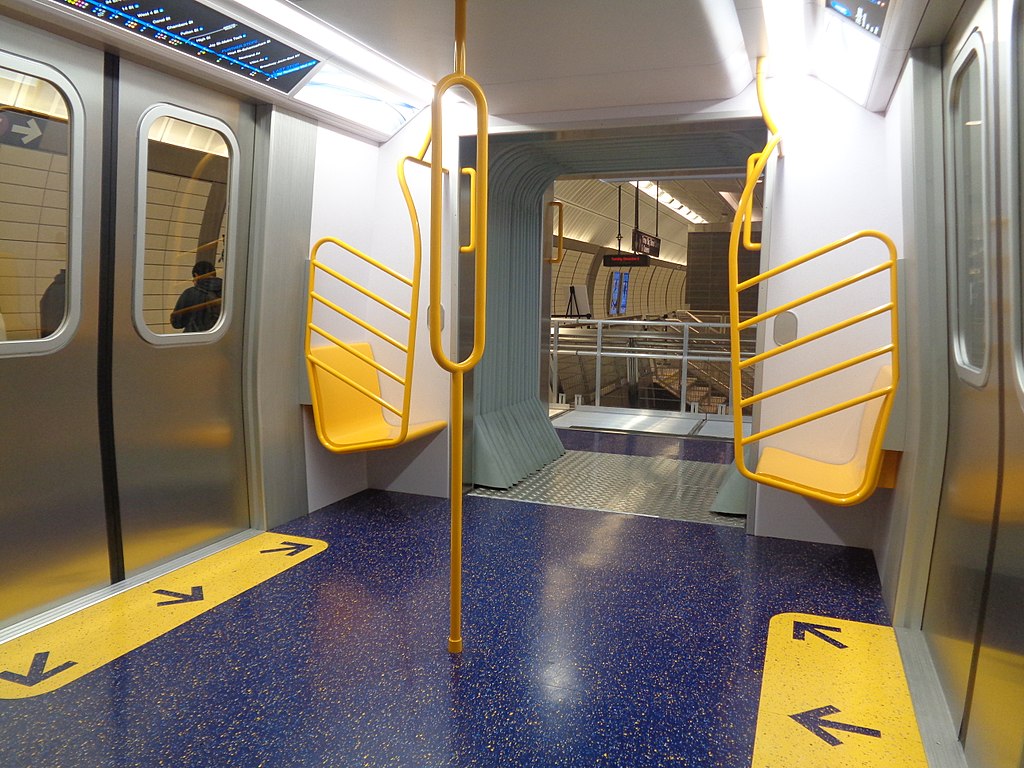 However, truly the most difference is definitively the open-gangway design that will allow people to walk between the cars.

One of the flaws about this that designers will have to deal with is the fact that if a homeless person with bad smell goes to the train, then that odor would infect the entire train.