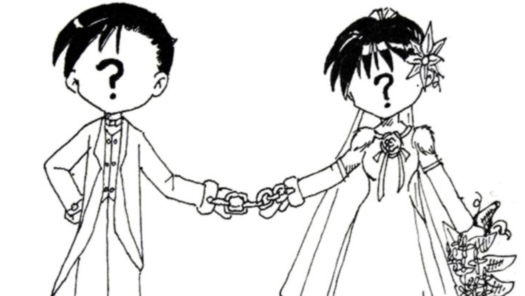 Can arranged marriage be harmful? Arranged marriage is planned and managed by families or guardians of the bride and groom, who have little or no say in the matter themselves; which is unfortunate because the partners didn’t know each other well and are not married by love. It could cause many troubles if a couple did not have the opportunity to know each other before getting married.

According to Brandon Gaille’s article, the annual number of arranged marriages worldwide is 26,250,000, think about this number, this is a large opportunity for marriages to fail. First of all, people who get married without knowing each other beforehand might have difficulties communicating. Interactions and communications might be awkward and some partners tend to be shy around their new spouse. All of these factors can lead to severe miscommunication within the union and ultimately an unhappy life or divorce.

Moreover, partners of arranged marriages will be bored and without of feelings. According to one of the students at Liberty high School named Chaka –who had an arranged marriage– stated that arranged marriages are boring, he also asserted that feeling bored is natural, everyone gets bored doing the same thing every day, but what matters is what action you take on your relationship. When you get bored with the TV show, you change the channel; when you get bored with your work, you change your employer. But this is a marriage we are talking about, ending a marriage (i.e., divorce) affects another person too (most commonly their family as well), it is not as simple as your TV channel, or your work; marriage is an “our” affair. He has stated a good point. A union would not make any sense when the partners are feeling bored with each other’s presence.

Some people may argue that arranged marriages are more effective than love marriages. Love marriage is a marriage of two individuals based upon mutual love, affection, commitment, and attraction. This can happen when the partners meet or see each other eye-to-eye without anyone coercing them to get married. They will understand each other well and might have better communication overall.

To prove my point, I interviewed a random pedestrian on the streets and asked him his opinion regarding love marriage and arranged marriage. He told me that love marriage makes sense, as he feels safe with his partner, comfortable, also ready to talk about anything. He would never hide anything from his wife because he loves her. In his opinion, love marriages are more ethical and reasonable.

In conclusion, arranged marriages should be abolished world-wide, not only because I believe in love marriages, but because arranged marriages can create many challenges for the future spouses. People should have the choice to spend their life with a partner of their choice, not a partner their family chooses.