The Life of an Immigrant, Part 2 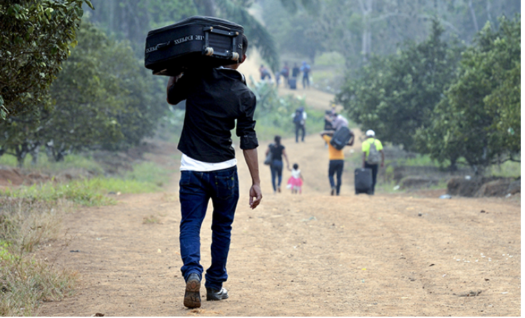 The Story of “Juan”

In this edition, we will be able to know the story of an immigrant boy whom we will call “Juan” by his decision we will leave his anonymous identity.

“Juan” is an 18-year-old Mexican teenager who had to leave his native country since they had threatened him with death. “My family always had a good economy, never complain about my life in Mexico, but when I had 14 years I made the big mistake of messing with the wrong people, and that’s something I regret.”

After a few months that his  family could collect the necessary money for the trip, they decided that the cheapest way to travel would be to come across the border, one of the conditions of the trip to get it right would be that “Juan” travel separately from his  parents” we had travel separately, in one way or another at least one of us could enter the country, we all travel the same way by cargo truck, first my dad, after My mom, and then me, I remember that the truck was quite big, we traveled to about 100 people, the trip lasted more than three days, it was hard enough to breathe, the truck was quite dark and the smell was nauseating.”

“Juan” tells us how it was to get to the border “when we arrived to immigration the police noticed something strange in the back of the truck, as expected, they found us and they made us get off the truck, what surprised us all was that the police found two women and a baby dead, it seems that they were die during the travel, is an image that I can never erase from my mind “, with tears and eyes” Juan “continues telling us his story,” i spent two years in the jail where the communication with my parents was almost nil, my parents could  to organize and collect the enough money to get me out of that place. We decided to come to live in new york where I started studying at LHS, a place where I could meet incredible people “

Really the story of “Juan” is a story that few can hear and many will live. We give infinite thanks to “Juan” for telling us his hard experience of how it was to get to the United States, and with all our heart we wish him the best on his way this year as a senior.