A Project for Better Journalism chapter
The Bell
Featured, History 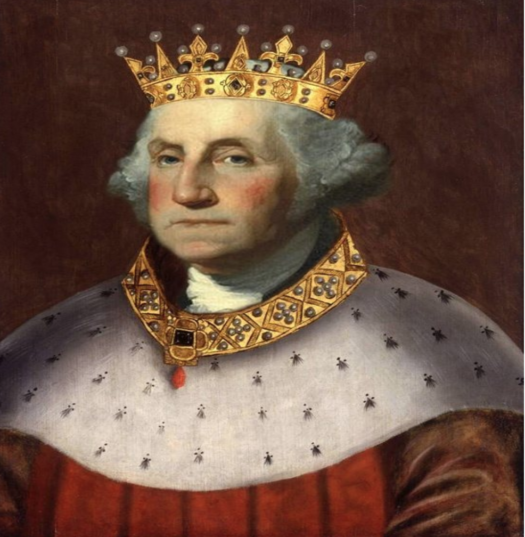 There are no words to describe this honest, distinguished and nobleman, he had done many admirable things in our country who consider him a hero for his nation and a role model for future presidents. He was and always will be the most important figure and first president of the United States for his achievements and what he left sown in our hearts. George Washington is the symbol of what patriotism really is. In it, you could admire that majestic feeling that brings tears to our eyes. The main characteristic of a King must have is to be able to reflect justice and kindness, firmness, courage of decisions, to know how to be wise, to make the best decision, not for him, if not for others, take wrong steps and learn from them and be a person given to the welfare of others and sacrifice their own. Contrary to all that represents today and almost always the existing Kings; They only think of their benefits and comforts, and that is not being King. George Washington was so well- respected that many people wanted to make him a king. He turned them down because he wanted to do what was right instead of making the country a monarchy like the ones in Europe.

George Washington gained his prestige a courageous man during The French and Indian war in 1754, the presence of Washington after the fall of the general was heroic and decisive. The second continental congress John Adams named George Washington commander of the new Continental Army. He believed that Washington could unify the country, he was the perfect candidate for this position since he had military experience which guaranteed the victory of the United States as well as the prestige and courage of a great leader. George Washington lost the wars. Despite this, he never gave up, his soldiers had many disadvantages, they did not have military experience, they did not have the necessary weapons or any ability to be in the field of war.

Later he was elected chairman of the constitutional convention for the reputation gained during the American Revolution,  willing to create an effective energy government to solve the problems in the same as he did during the revolutionary war. In 1789 the steamed and heroic George Washington was selected as the First President of the United States of America.

According to History and the book, The American Pageant John Adams believed that Washington could unify the country and was the presidential candidate for that position since he had the military experience that guaranteed the victory of the United States as well as the prestige and courage of a great leader.  Charles Thomson, the secretary of congress had the honor to announce Washington that he won the presidency, he was so admired that couldn’t believe in his abilities to do this job, demonstrating what a modest and humble person he was, despite everything he had done, he did not prove to be conceited. The crowd adored him, it seems as if everyone was completely happy to have this wonderful and nobleman in charge of the presidency. From the moment he came to power people laud any action of George Washington, was a celebrity that everyone admired and the example that everyone was willing to follow. Even he wanted to be the role model for others, Stephen Knot, states “ Washington’s presidential restraint, solemnity, judiciousness and nonpartisan stance create an image of presidential greatness, or dignity, that dominates the office even today. He was the man who could have been a King but refuses a crown and saved a republic.” Washington greatly helped the economic and industrial development of the United States. Throughout his life, George Washington did important works that were making a country very strong, but the most important of his works is the Dismissal Speech, cited in the year 1796. In this speech, Washington, speaks to the people and future presidents leaving some warnings that the nation should be guided. Among those, Washington said that no one should be above the law, but that they apply the same with justice and that they ensure that the law is not manipulated by others. The main points of the Farewell Address where strong opposition against foreign alliances, be a united nation and avoid political parties. George Washington was considered a hero, he could have become a King but instead, he chose to be a citizen. According to an article by  Jonathan Trumbull Jr., “Washington had several reasons for not running again. There was his promise not to seek unfair power as a government official and his desire to avoid being charged with concealed ambition.” Washington had many opportunities in which he could abuse his power, but nevertheless, he was an honest person and everything he did was out of love for his country. The best gift George Washington could give us was our Independence, his heroic acts will always live in our hearts and minds. Washington’s death was mourned not only by the Patriots but by everyone who had known him and who had heard of his feats.