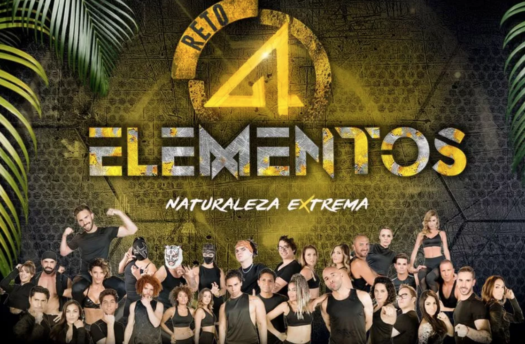 The Challenge 4 Elements: Extreme Nature is the first season of the Mexican reality show Reto 4 Elements, produced and broadcasted by Televisa and developed for the first time in Quintana Roo, Mexico. It premiered on March 19, 2018, hosting Montserrat Oliver with Yavidan Valai and Joe Bazooka as commentators. At the beginning of the show, it had 32 participants, divided into 8 teams of 4 members.

The program has a concept of survival, physical and mental challenges in which 32 personalities the artistic and sports milieu will face. They will have to overcome obstacles based on the four elements of nature, in order to prove who is the best, and who leave what to desire. In its first episodes, there were 8 teams made up of 4 elements each, these were: The Actors, The Models, The Fighters, The Renewed, The Fitness, The Comedians, The Drivers, and The Athletes. These initial teams, face in the so-called “Mexico Reta” against a team at risk of elimination, to compete individually for a position in an official team.

The Challenged 4 Elements competition was a very close competition. The comedian’s team was one of the first to go to the deflowering challenge, where they would have to overcome some challenges prepared by Montserrat. The loser complied with the Mexico challenge, a group that competed for a place in the competition. According to the criticism of Jean Carlos Estevez, the comedians were the weaker team of the competition. They lost in almost all of the challenges, although, Montserrat said: “The comedians were a weak team but that never occurred in their mind.” They always had a smile on their faces and were always making jokes and having a great time.

From the start of Challenge 4 Elements, Gabriel Pontones “The Rasta” showed that he had the strength, the strategy, and the skills to win, and so it was, he was chosen as the “Teacher of the 4 Elements” in the first season of the reality show. I interviewed my older brother who was a huge fan of these challenges and he told me that “The Rasta” was loved by some and hated by others.