A Ruthless Murder in New York 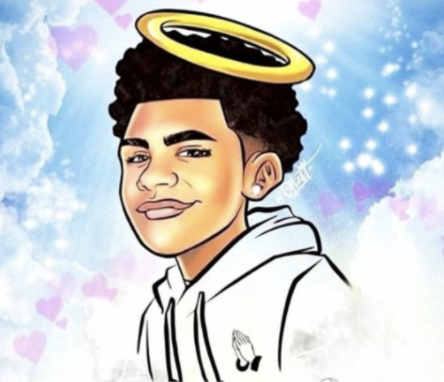 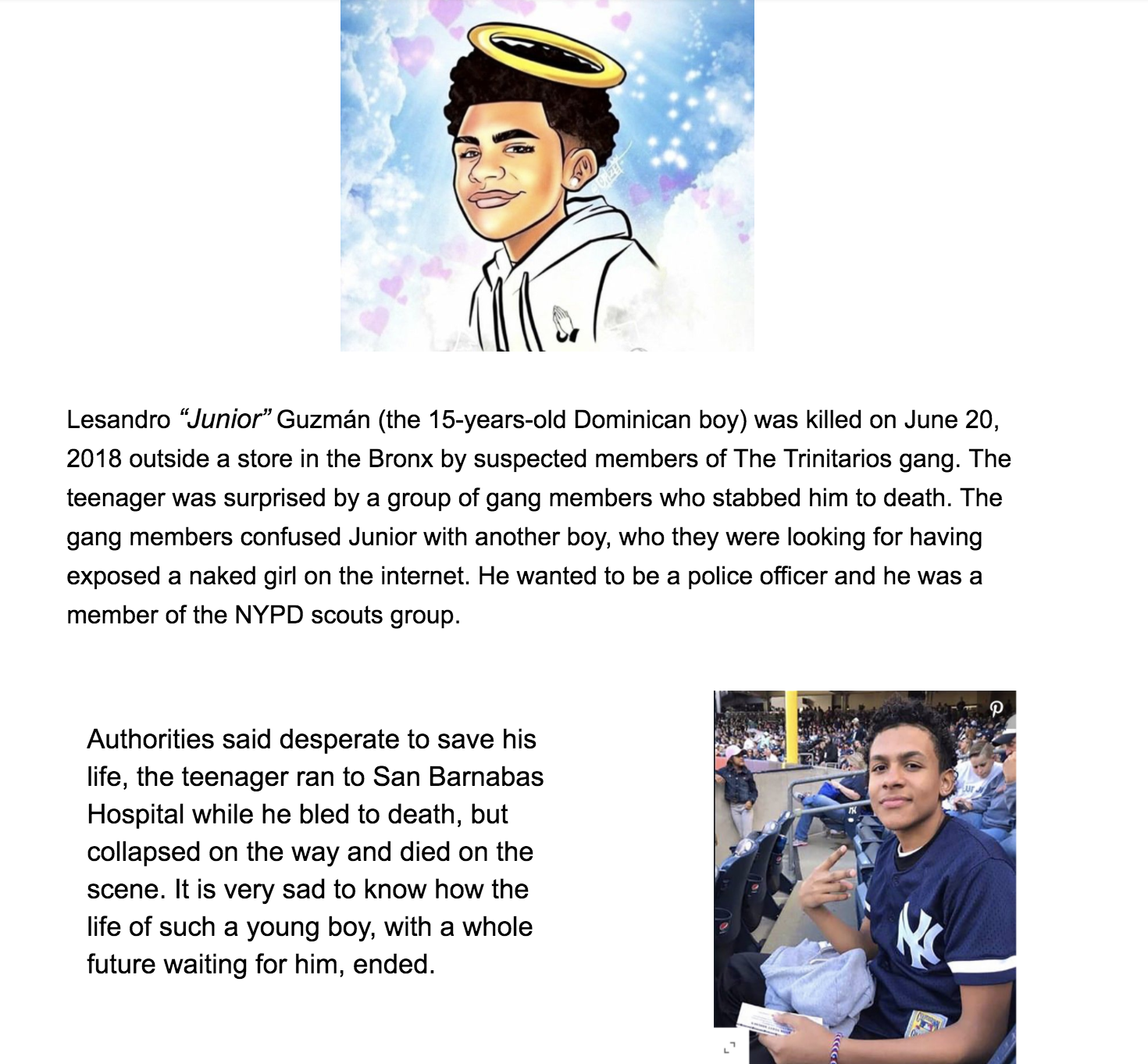 Both family, friends, neighbors and other citizens were in shock in New York specifically more about the Bronx…  And still they express some opinions:

Solanyi: “I feel outrageous thinking about how there can be people in my city capable of being so inhuman by taking a person’s life.”

Rosa: “I remember that my feeling at the time of knowing the news was uncomfortable, knowing that my children go to school through these dangerous streets made me feel terrified.”

Anthony: “Surely the sensation of the mother and the family was horrible when they felt the loss of such a young and dedicated member of the family.”

María: “I feel a little happy to know that the murderers are in jail, but that is nothing compared to the feeling of Junior’s loss to his family.”

Miguel: “I feel a little happy to know that the killers are in jail, but that does not reward Junior’s feeling of loss to his family.”

Braylin: “It was sad to see how such a quick act can make a family suffer as was the case with the murder of that young boy in the bronx, because it marked the family forever.”

The Trinitarios (La Trinitaria) was a society created on july 16,1838 by Juan Pablo Duarte and other Dominicans with the objective of carrying out actions aimed at separating the East part of the Hispaniola from the Haitian occupation and forming the independent territory the would call the Dominican Republic, but over the years young Dominican have distorted the original meaning of being a Trinitarian.

The Criminal Organization of The Trinitarians was founded in 1989 at the Rikers Island Prison, a New York criminal center where Dominican prisoners created a gang to protect themselves from other prisoners of other nationalities. But when they leave the prisons they are still active in the counties of New York and in the Dominican Republic even in Spain. 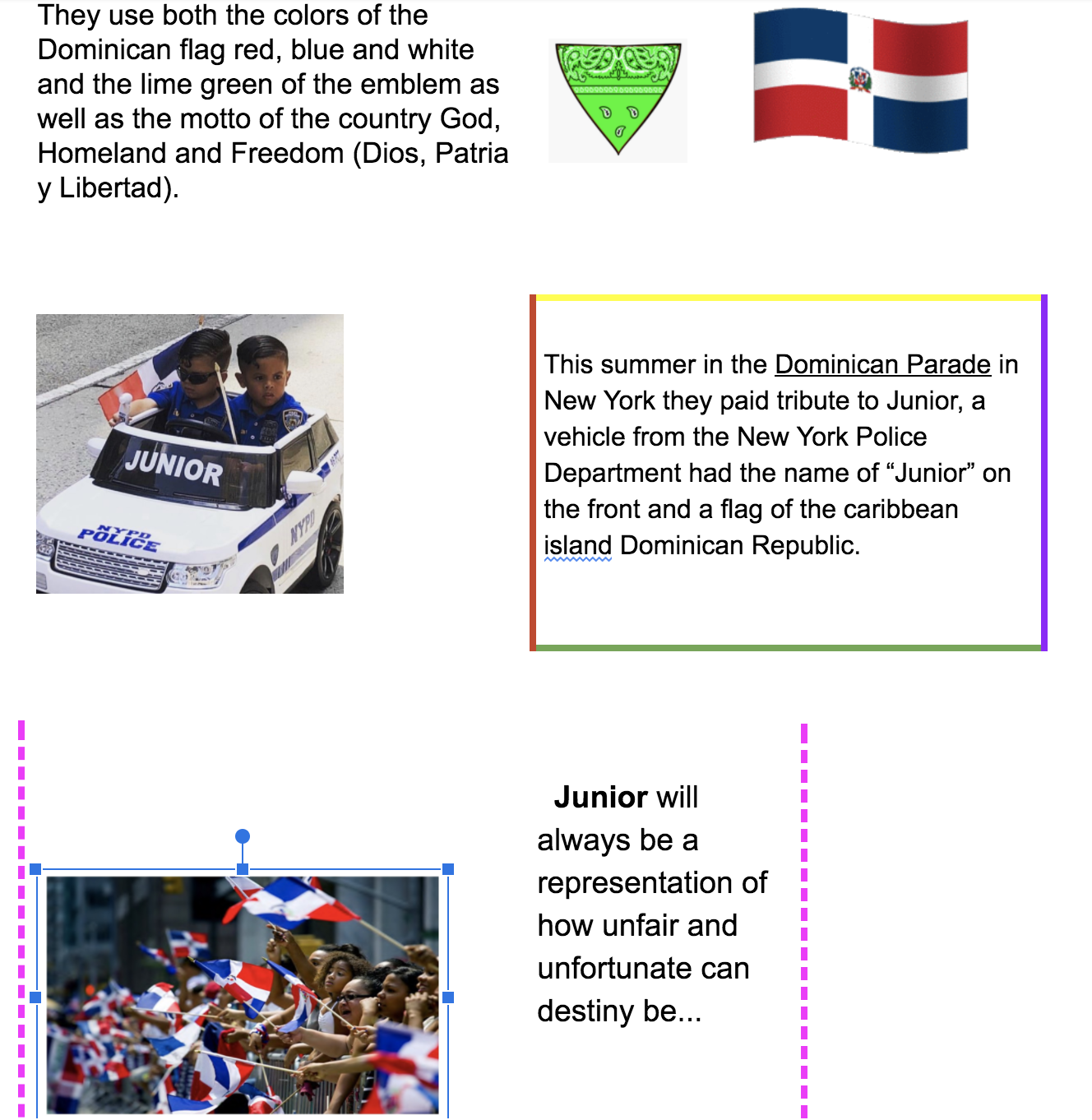